Are you looking for the best offers for guesthouse in Rome San Pietro? Do you want to grab first-level services, refinement and comforts at the best price? Then don’t miss the interesting deals of the BDB Luxury Rooms San Pietro.

Located in a strategic position to visit the Vatican City, the BDB San Pietro is ready to welcome its guests in three luxurious rooms built in an apartment placed on the second floor of a XIX century building in a residential area in Rome. Three the room types available: Standard Double and Deluxe Double room, perfect for couples, and the Family Four Bedroom, able to accommodate up to a maximum of four people therefore ideal for families or two couples.

If you book directly through the web-site of the BDB San Pietro you can make sure to get the best price, take advantage of deals, promotions and special discounts. Among the services available the exclusive VIP concierge with access to discounted deals with restaurants, museums, tourist-sites and much more and also the possibility to modify or cancel your booking up to seven days before your arrival. 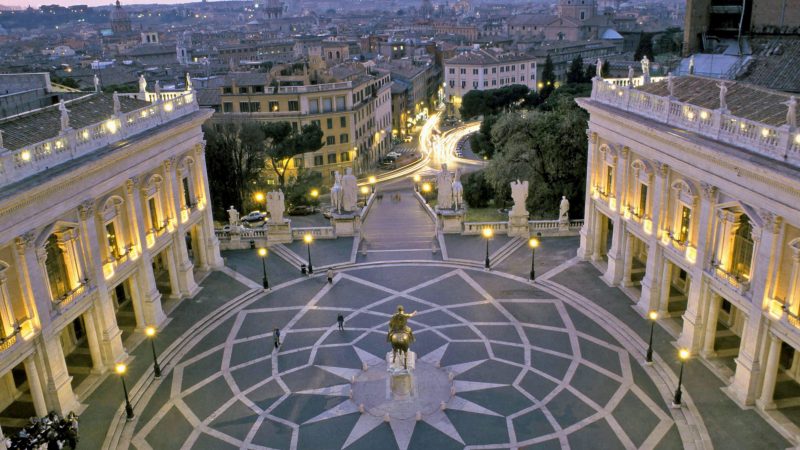 The Capitoline Hill (in Italian "Campidoglio"), also known as Monte Capitolino, sits between the Roman Forum and Piazza Venezia. It is one of the Seven Hills of Rome. The Hill today contains a few ancient ground-level ruins, but most of them are covered up by Medieval and Renaissance palaces. Among these palaces, there are the Capitoline Museums, that surround the magnificent piazza (square), a work designed by none other than the famous artist Michelangelo Buonarroti. The Campidoglio is also the representative office of the municipality of Rome. The offices of the mayor, the council hall (Giulio Cesare hall) and other representative spaces such as the Protomoteca are located here, where the Treaties of Rome (including the founding of the European Economic Community) were signed in 1957; and the Statute in 1998 of Rome (founding of the International Criminal Court). ...read